From the Members Wednesday OCT 09

There is something particular to each tour guide who brings a group through the Melbourne Cricket Club Library. Some dive straight for Wisden; others tell the story of the first, fortuitous 1611 mention of cricket in Cotgrave’s French/English dictionary, and some have a voice and a personality that adapts to whomever they are fortunate enough to be guiding.

It’s a soothing prospect, having those who love the ground and its club show it off to the world. One such is Ann Rusden. Her family’s involvement reaches back to the youthful decades of the club, when her great-great uncle George William Rusden, prominent in colonial public and political life, as well as being an early MCC Committee member, welcomed Stephenson’s XI to Australia. This was the first time that an English cricket team had played on Australian soil, and his greeting, delivered shortly after the visitors landed in December 1861, had a sense of occasion for all in attendance. Published in The Argus (26 December 1861), it reads in part:

…we welcome you as countrymen, not as if you were coming as antagonists from any other part of the world, but that, coming amongst your own countrymen, you will find the noble game of cricket as much prized as you yourselves prize it.

Such a formidable heritage is certainly something to be prized, and the Rusden clan has done so with avidity over more than a century and a half. Keeping the generational links flourishing, Ann’s grandfather was also an MCC member, followed by her father. ‘He became a member in 1919 – he waited about two months to become a member. Of course, the membership back then was quite small.’ Growing up in Yallourn in the Latrobe Valley, it wasn’t until she was thirteen and the family moved to Melbourne that Ann was able to reap the full benefits of the connection. ‘My father, of course, had two ladies’ tickets. I used the same one all the time, in order to see how many notches I could get in it.’ While the days of ticket clicking have given way to barcodes, Ann’s ambition of spending as much time as possible at the MCG is a familiar one, seen through every season and every sport, every occasion and all weathers.

While many have attended, however, few have sustained their connections to the same depth as Ann. A schoolteacher since the late 1950s, she retired from her position as Camberwell High School principal at the end of 1992. The timing was perfect. ‘I went to the annual meeting that year, and they asked for tour guides.’ The MCC President was John Mitchell, while Gillian Brewster was in charge of the MCC’s Museums Department. Ann spoke to both of them, and found that the main target for the tours was school groups. Having just left the teaching profession, she was ideally suited for the role.

‘The tours took an hour around the ground, and an hour through the Gallery of Sport. In order to get practice at guiding, you went on other tours.’ For four years, Ann was a stalwart of the school group tours, as they continued to develop into a major attraction. By that time, she was ready to diversify. ‘I asked if I could take other groups, and now I have Fridays as my regular day – I’ve been taking tours for 26 years.’

The shape of the tours has changed since that time, in line with the shape of the ground. ‘Before the redevelopment, we started off outside the Gallery of Sport, near the bronze doors, and ended up in the Museum’, says Ann. There have been many special moments over the years, but one in particular sticks in her mind. ‘We used to go into the cricket rooms in the Ponsford Stand. At the end of 1995, I took a tour just after Australia’s Test against Sri Lanka. We went into the visitors’ rooms, and you could see the honour boards. One of the achievements of the Test had been the first century scored by a Sri Lankan player – Asanka Gurusinha – at the MCG. He made 143, and the excitement was such that someone had stuck a bit of paper with his name written on it up on the honour board!’

By the next tour, the details were perpetuated in gold on the honour board, with the memory for Ann of the spontaneous joy that so much at the MCG brings. ‘It is a wonderful place,’ she says, despite some reservations over tour changes during the period of redevelopment, when everything started from the Great Southern Stand and arrangements were temporary at best.

Now, however, Ann is as close to the MCC and its ground as she has ever been. Once again diversifying her involvement, she also took up writing object descriptions for the MCC Museum. Shortly after, she was headhunted and invited to become part of the MCC Library volunteer group (all the while continuing to serve as a tour guide). 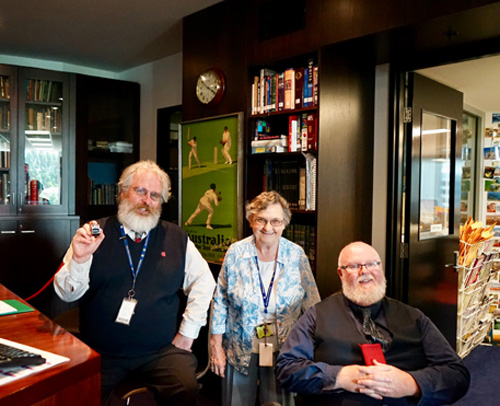 ‘I’ve been involved in the Library for twenty years’, says Ann. ‘I started off being taught by Lesley Turner, who showed me how to type labels and work with the card system. She had been employed in administrative areas, so she knew what to do – but I had no idea!’ From that beginning, Ann has come to know the MCC Library in fine detail, and is one of the people who makes it tick. From detailed project research to playing a major part in creating temporary displays for everything from the soccer World Cup to the Commonwealth Games, Ann is a constant contributor.

Of course, Ann enjoys sitting in the stands as well, a keen spectator of cricket in particular, and football on occasion. ‘I am very Melbourne, and a very Victorian supporter’, she says. While the form of the football side is ‘very disappointing’, she is also a member of the Melbourne Football Club, embracing all sectors of the MCC with dedication. But it is cricket that claims most of her affection, and always has, from watching Keith Miller in action, and recording – in a diary kept during a trip to Adelaide – seeing Peter May in the nets, and in action as part of a Hutton-led English team. ‘He didn’t make many runs!’ From her love of cricket, Ann has also become a member of both the Marylebone Cricket Club and the SACA.

No matter what the occasion or the highlight – from the 1956 Olympic Games to the quietest of Shield fixtures - Ann’s enthusiasm is a defining dedication, and one that helps to make her part of a Melbourne Cricket Club continuum. 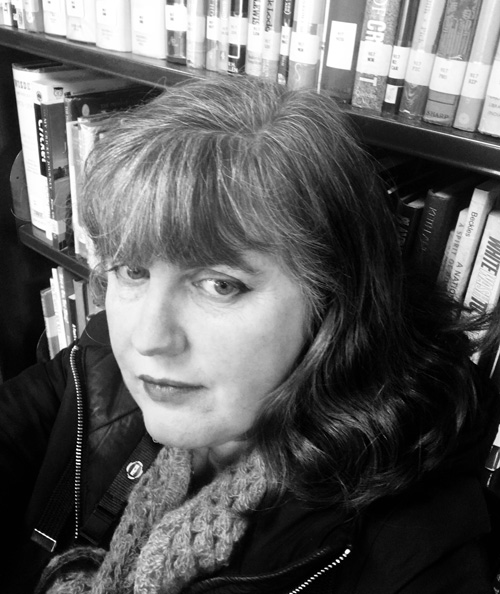